Solidarity action for hiring of IT colleagues by the ECB 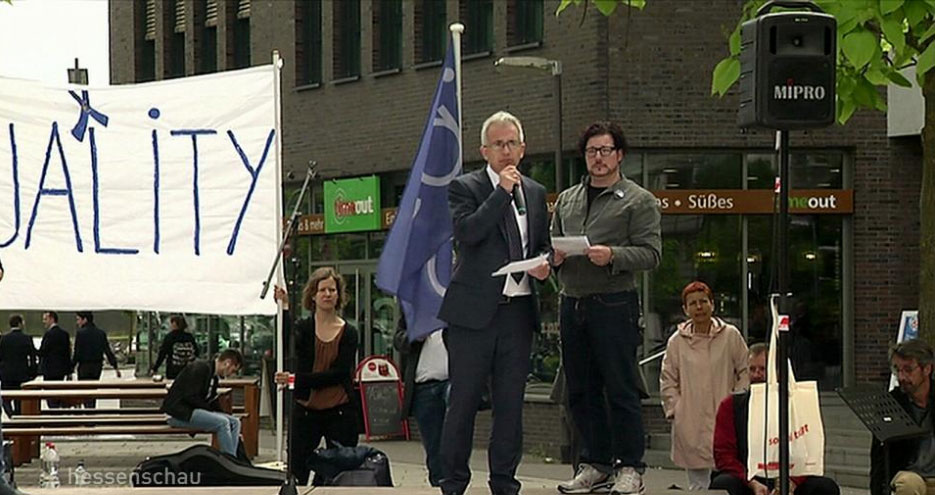 On 7 June 2017, IPSO, the International and European Public Services Organisation, together with DGB, the German trade union federation, and EU trade union federations USF and EPSU called for a solidarity action for ECB’s IT staff and temporary agency staff. The objective of the action is to stop the outsourcing of IT services at the ECB and to denounce the lack of respect of the ECB for staff’s participation rights. The manifestation took place in the vicinity of the ECB in Frankfurt, at the Paul-Arnsberg-Platz. 200 or more participants attended and showed their solidarity and support for the claims.
IPSO deplores that for many years the ECB has used temporary agency staff for permanent work. Many colleagues have been working for the ECB for more than 5 years and not few for more than 10 years for worse conditions, worse than their ECB colleagues. They face permanent pressure to lose their jobs. Many come from Southern and Eastern Europe.