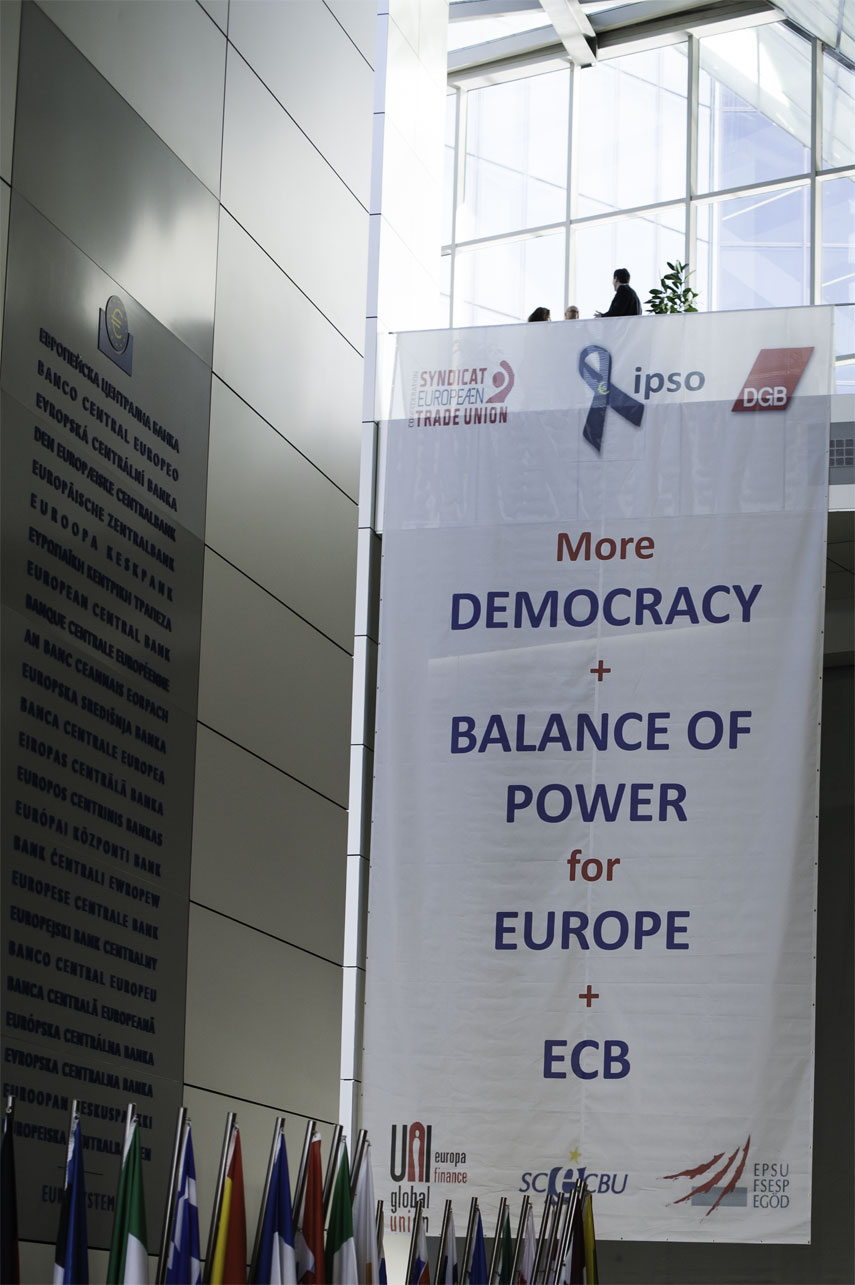 Tension is increasing at the ECB. A letter from the ECB staff Union IPSO to Mario Draghi’s successor

Opaque working contracts, temporary workers, burnout, outsourcing, little or no staff involvement – nobody assumes such grievances in one of the leading institutions in Europe, the European Central Bank (ECB) whose headquarters are in Frankfurt am Main. A look behind the scenes from the perspective of IPSO, the ECB trade union.

An exemplary behaviour is usually expected from EU institutions. Transparent, open to dialogue and dedicated to its mission. It is not always the case though, as shown in an open letter from the ECB staff union. IPSO addresses directly Mario Draghi’s potential successor and indicates in clear words “that the ECB Governing Council is endowed with practically unlimited power vis-à-vis its staff, which allows it to unilaterally change the Conditions of Employment as it sees fit.”

The situation has changed – unfortunately not for the best

Time-limited working contracts are causing significant staff turnover. Currently nearly half the employees are working on the basis of time-limited contracts. IPSO sees an operational risk for the Bank.

Stability? Only one third with unlimited contracts

The open letter also reveals what the contractual situation at the ECB looks like. “Around one third of the people at the ECB do not even have a direct employment relationship with the ECB.” These are external staff and contract workers. From those directly employed by the ECB, about half are sitting on time limited contracts. This proportion is extremely unusual for a public institution such as a central bank according to the staff union. It is not consistent with the ECB’s long term goal of stability.

Pressure on staff is mounting

A situation which derives at least in part from the inherent conflict of interests of the National Central Banks’ presidents: In order to secure the number of employees in their own institutions in the long run, they prefer to put the ECB labour forces under strain. Even if the number of burnout-related illnesses increases as pointed out in a staff survey.

Hope for improvement under new president

IPSO calls on the president to be appointed to do “whatever it takes” to improve the situation inside the ECB and to set up a reasonable staff participation system.